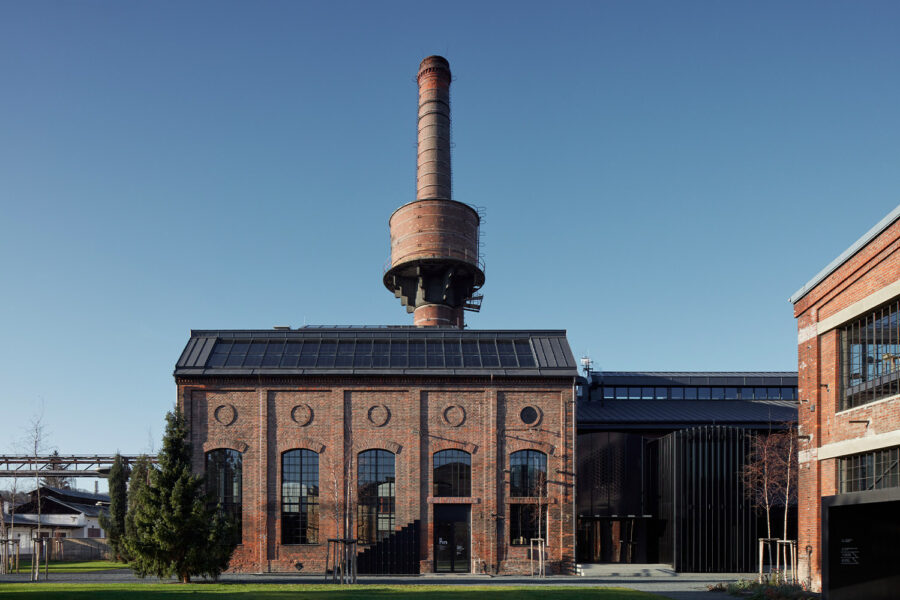 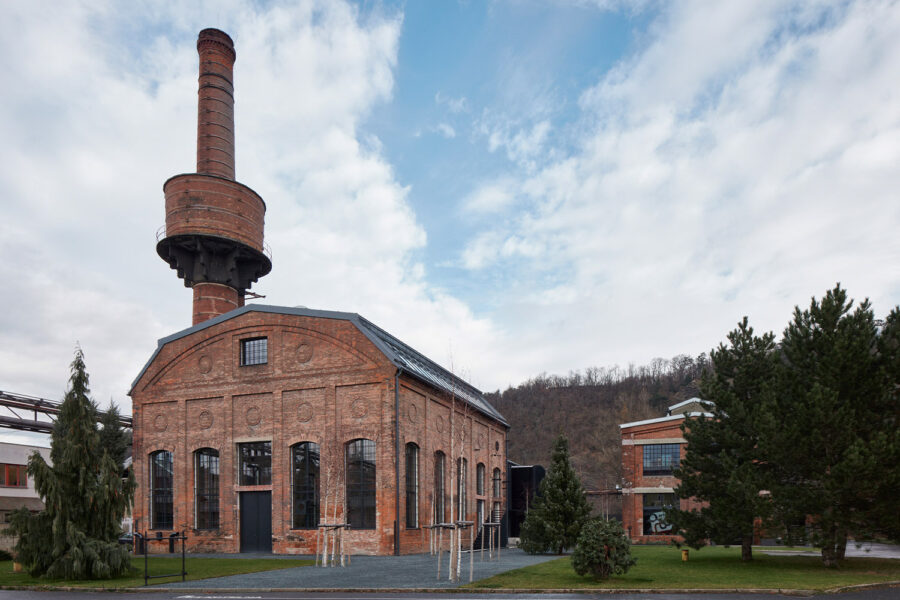 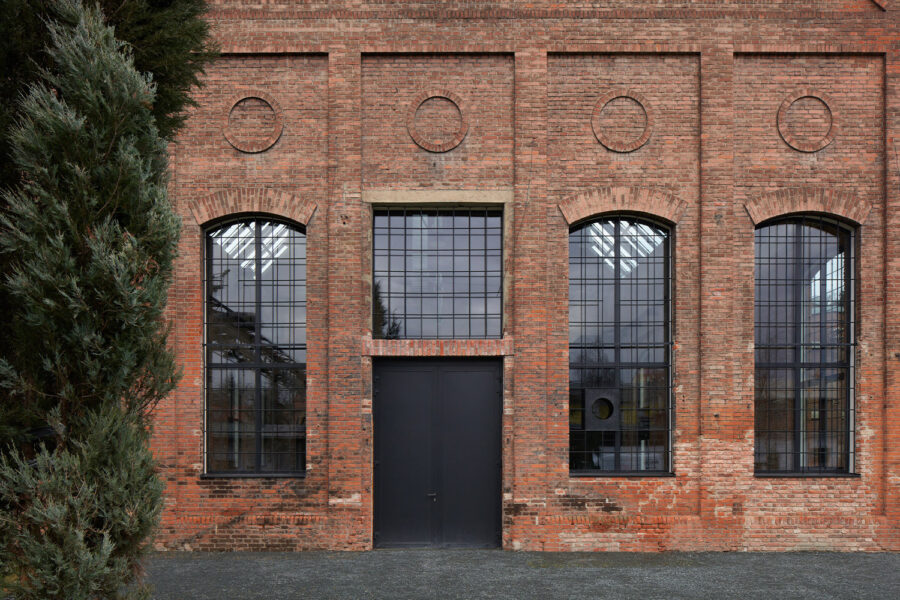 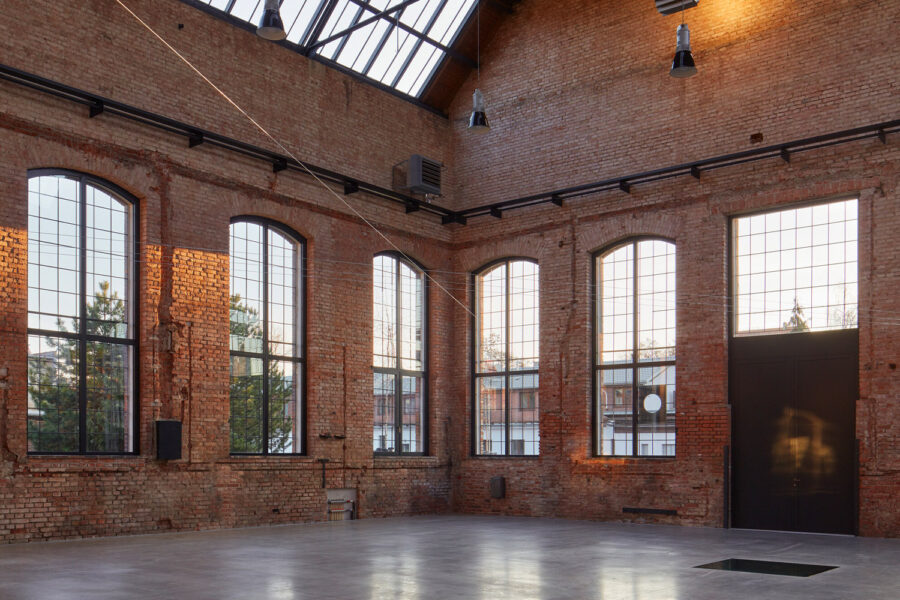 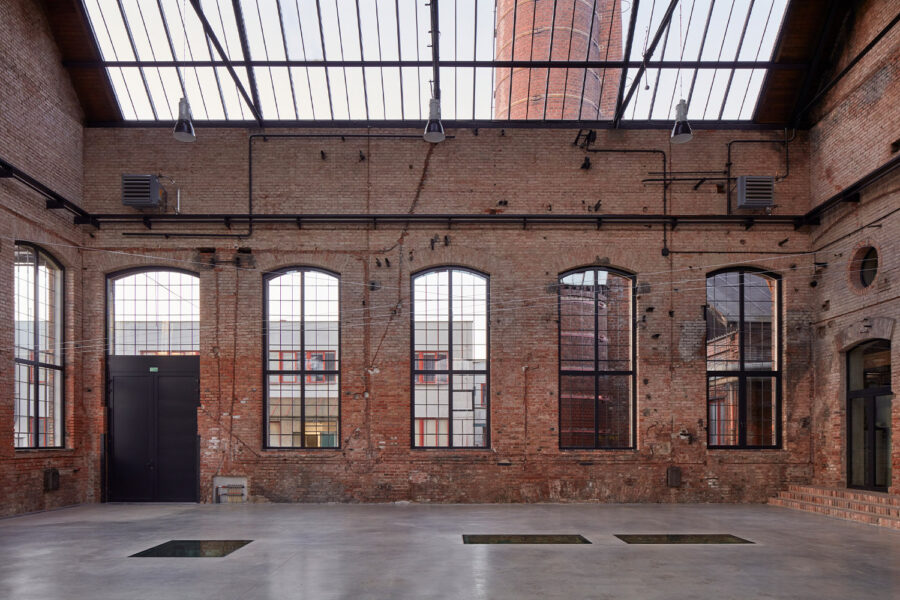 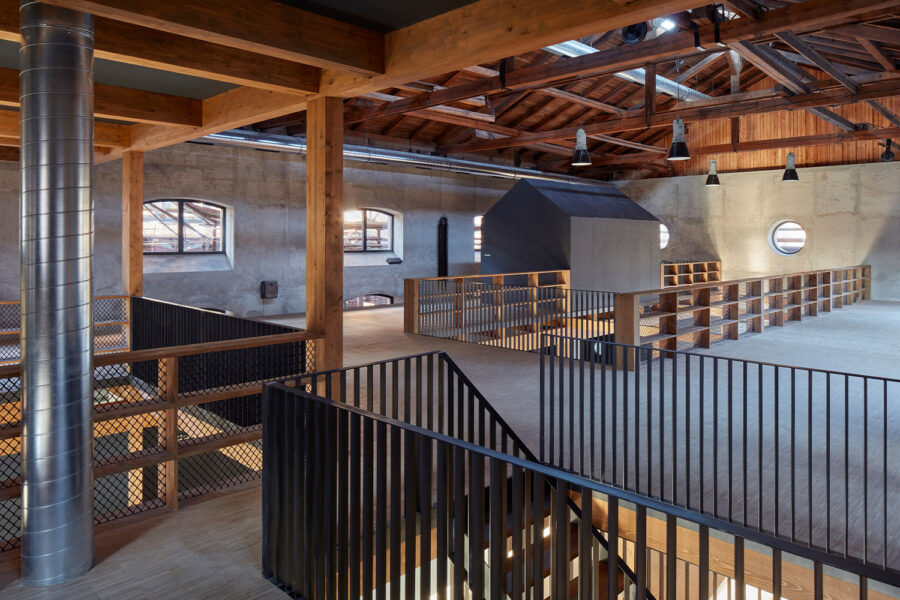 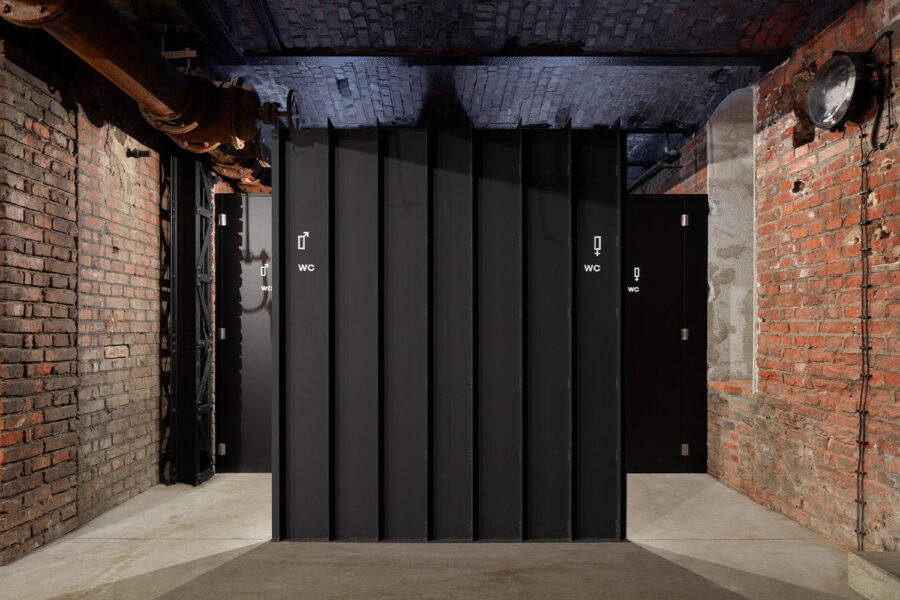 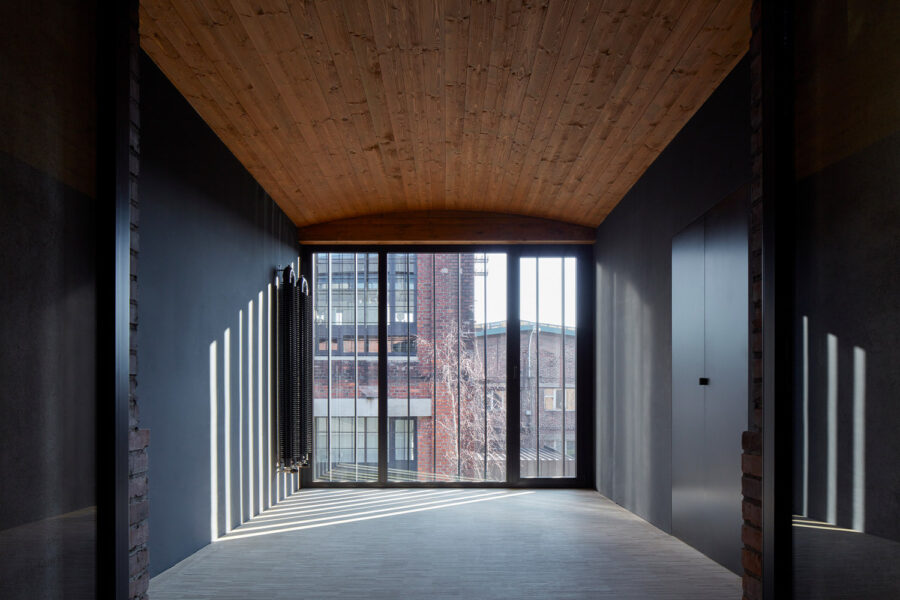 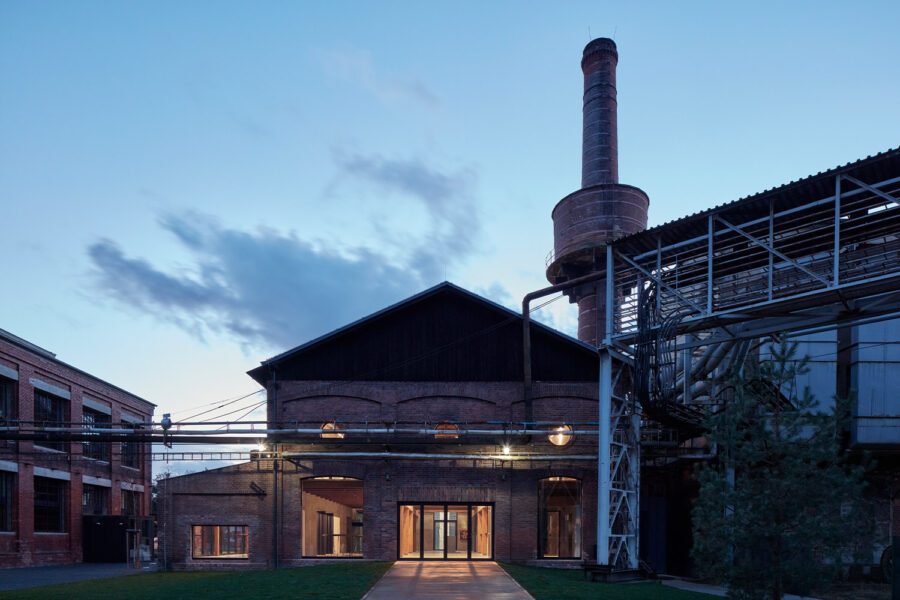 The piles of rubble and ashes, which were the building of the former boiler room, have undergone a special transformation into a multifunctional space for corporate and social events. The boiler room has the ambition to become the heart of the future artistic and cultural district in symbiosis with traditional craftsmanship and technological innovations and to preserve in a unique way the industrial phase of the city's development, which significantly influenced the historical context of the place. This is one of the projects for the regeneration of the extensive ŠROUBÁRNY industrial area, which gave people a job and a place to live and became the bearer of almost 150 years of craftsmanship in the production of screws and wires.

A pedestrian street was created between Uhelný mlýn and Kotelná, leading from the backbone area road towards the Vltava. The aim was to preserve the building and clean it from inappropriate building modifications from previous years and return it to its original industrial form so that even after the reconstruction, the original function of the building is legible. The brick structures of the mantle were replaced by the original bricks. The multifunctional hall is located in the southern part of the Boiler Room, the northern part is ready to become a full-fledged restaurant. The basement provides additional facilities with the opportunity to look inside the flues, but also into the chimney itself, which was built in 1921 by a reservoir.