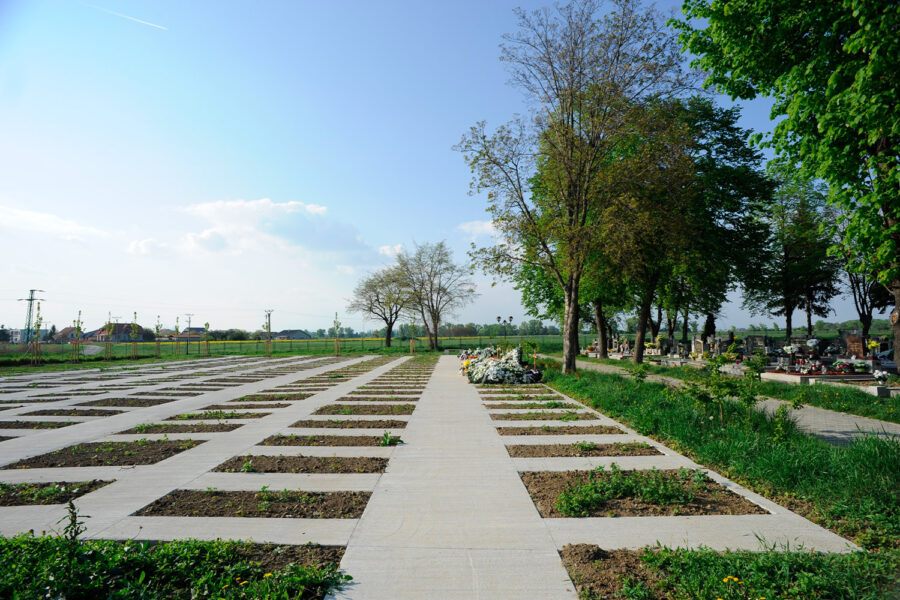 The old cemetery, which was an important part of the city's structure, was to be turned into a park with a playground. The area of the cemetery with a massive linden alley was the least used public park at the time of the announcement of the competition. The new content, which was to be a park with play elements for children, and the design of the space were to bring change. An important moment was to reconcile the history of the place of worship with the future of active use.

The jury especially appreciated the urban design, which moved the fence on the Hlohovec road to the position behind the chapel and thus created an open piazzetta. This created a valuable anteroom for the new park. The project works soberly but at the same time freshly with the reverent characters of the area. The authors of the architectural solution tried to minimize the need for future maintenance work and thought about the nature of landscaping in the long term. The new Leopoldov Park was opened to the public in 2019