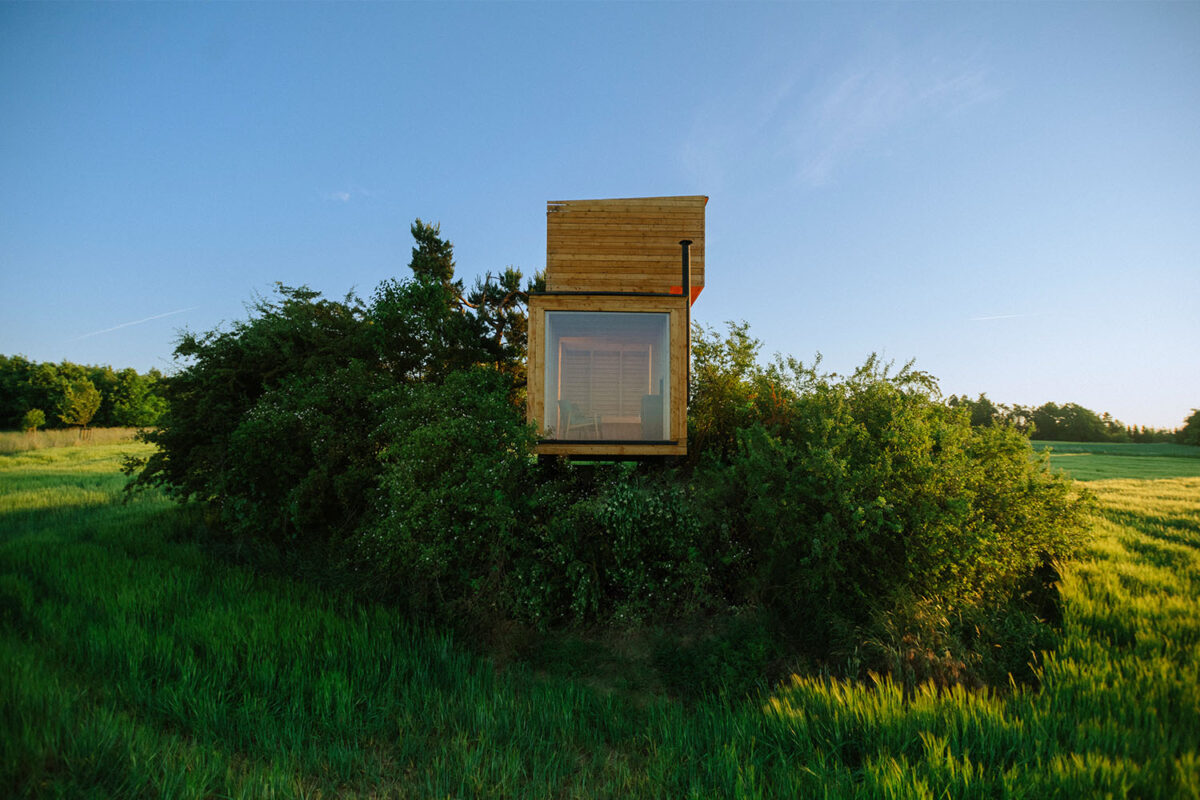 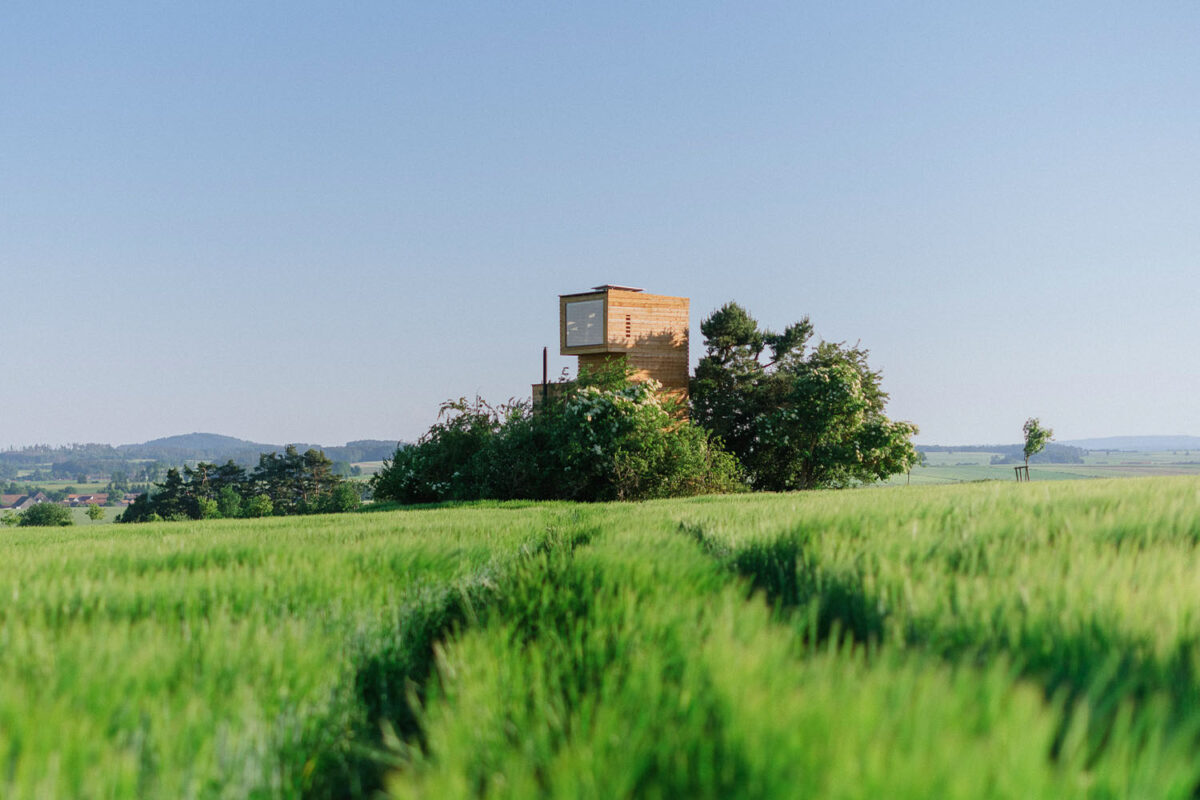 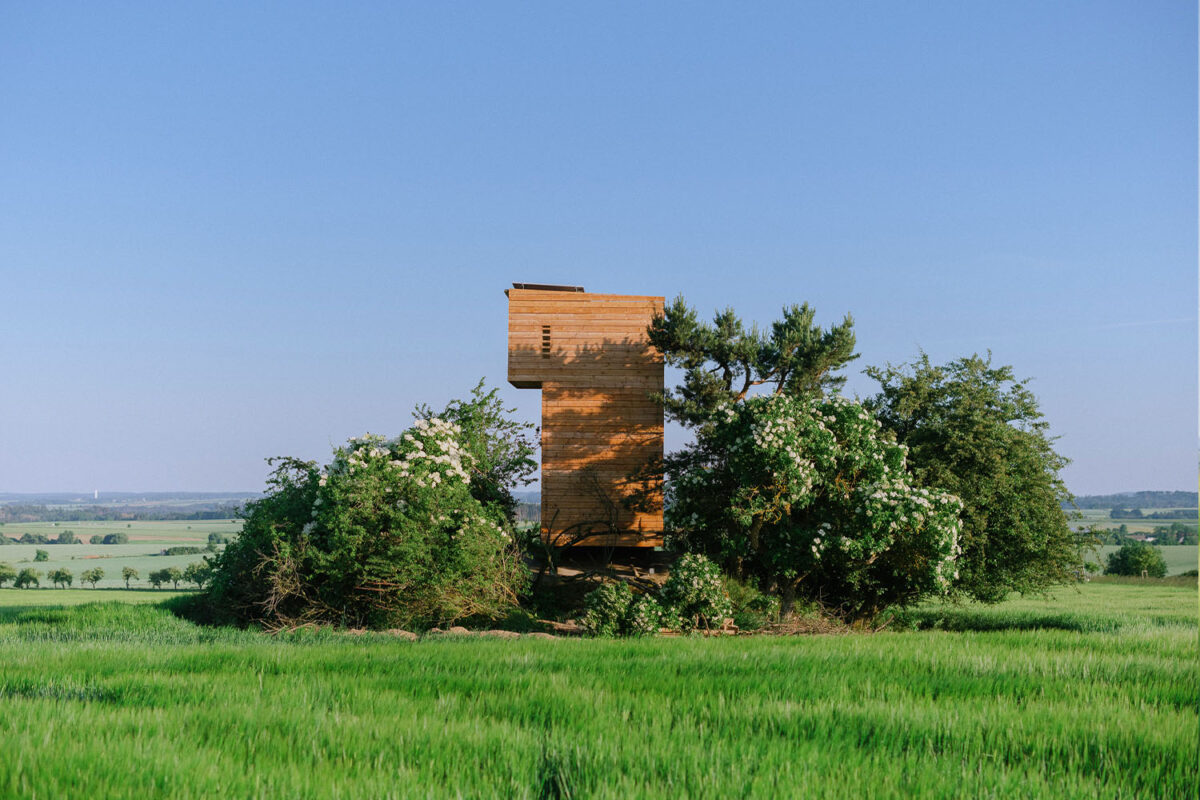 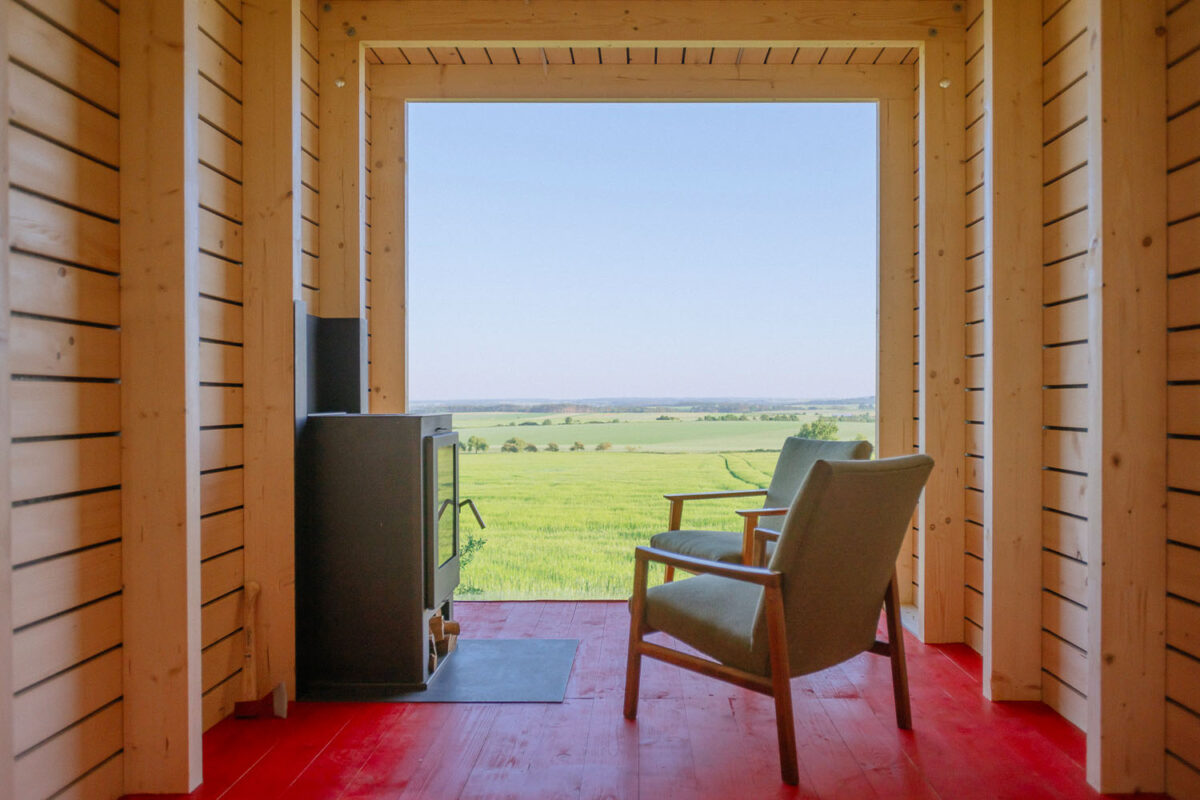 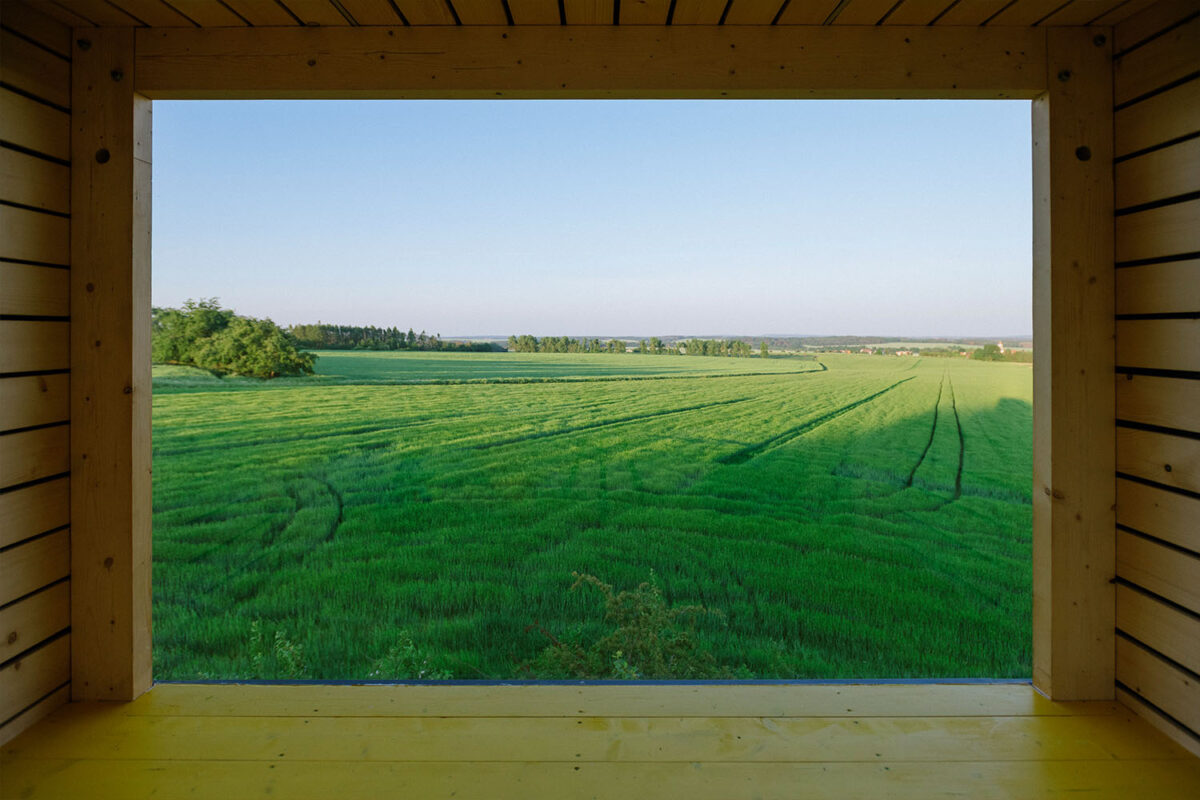 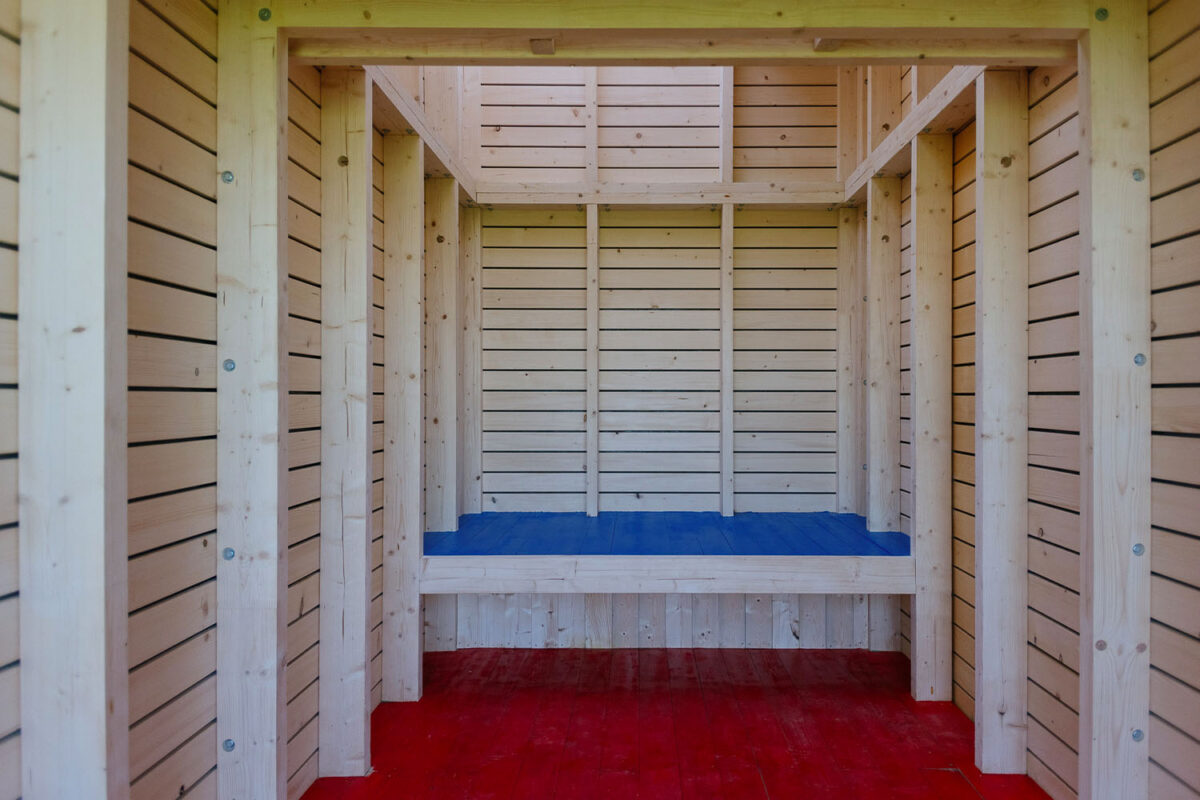 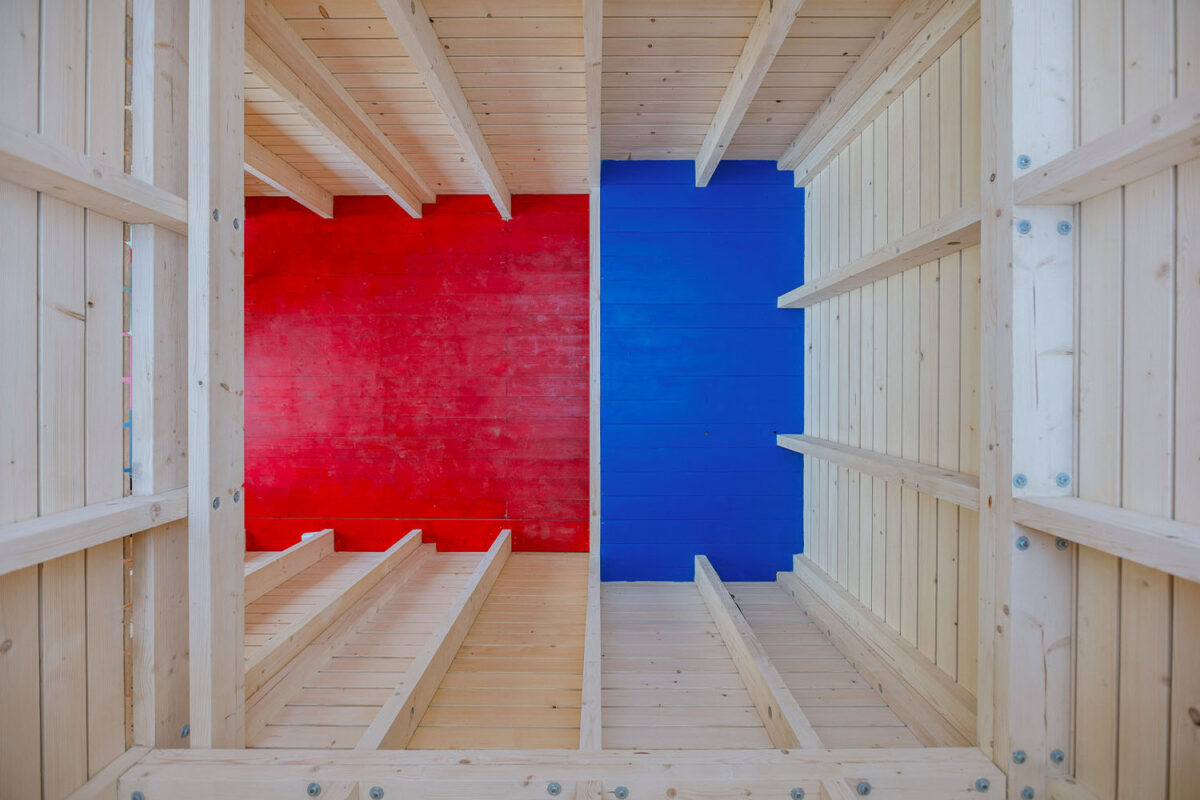 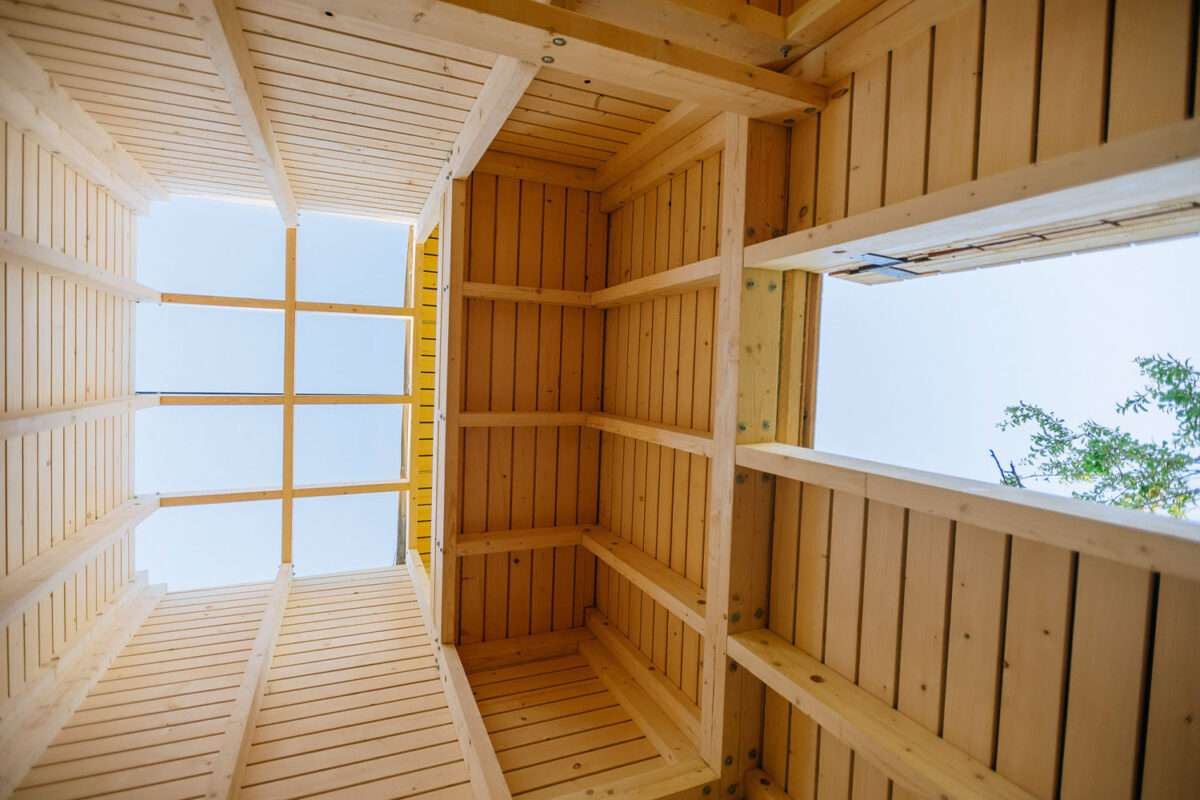 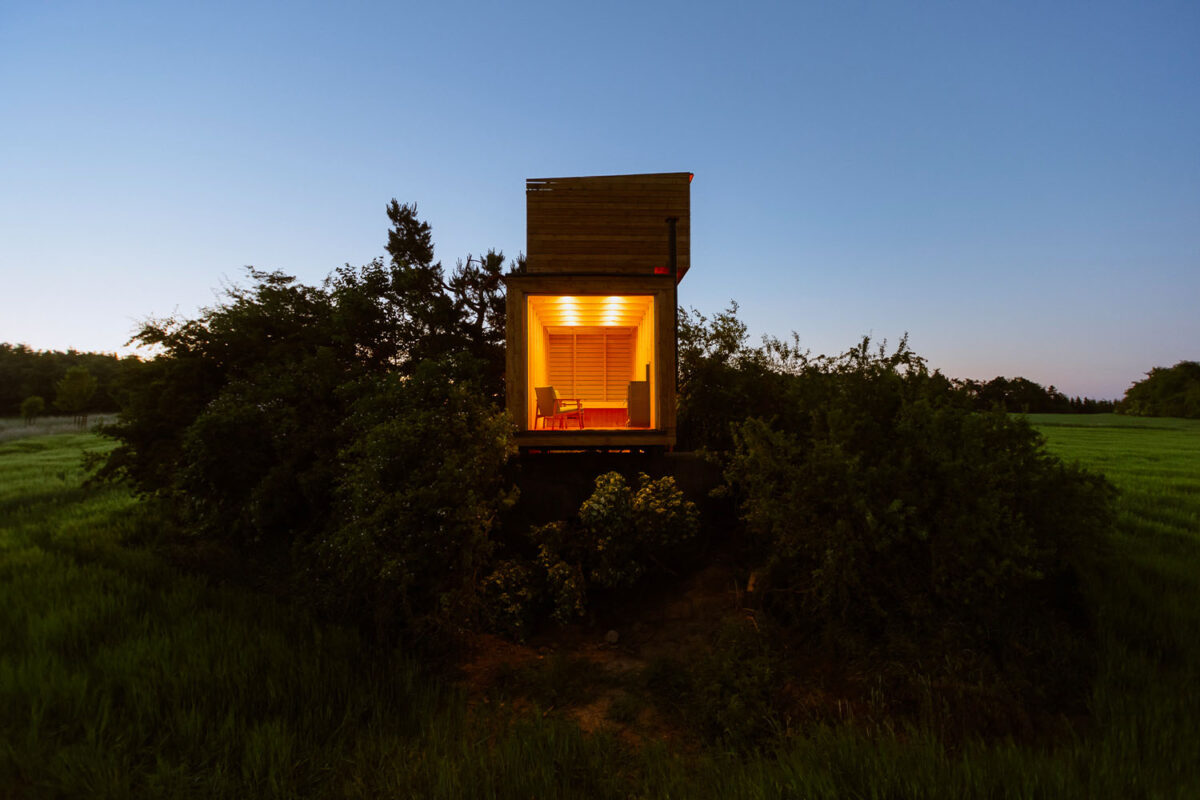 During the sale of bunkers of the Army of the Czech Republic, the idea of building an object on the aspen, which was supposed to be beneficial for its users and its surroundings, arose in the mind of architect Jan Tyrpekl. He originally built a meditative space, but it was also possible to sleep comfortably in it. The former building built of waste material was replaced by the same building in terms of floor plan and material. However, this time it already corresponds to the purpose for which it was made.

Útulna 2.0 is thus already lit and heated by the stove for warming up in the winter months. Nestled on a bunker among the bushes, it turns gray over time and merges almost perfectly with the surrounding landscape. During the construction, an effort was made to minimize the amount of materials and thus financial resources, so only ordinary planks were used for the construction. For sleeping there are two sleeping floors, one on the ground floor and one in the periscope of the tower.