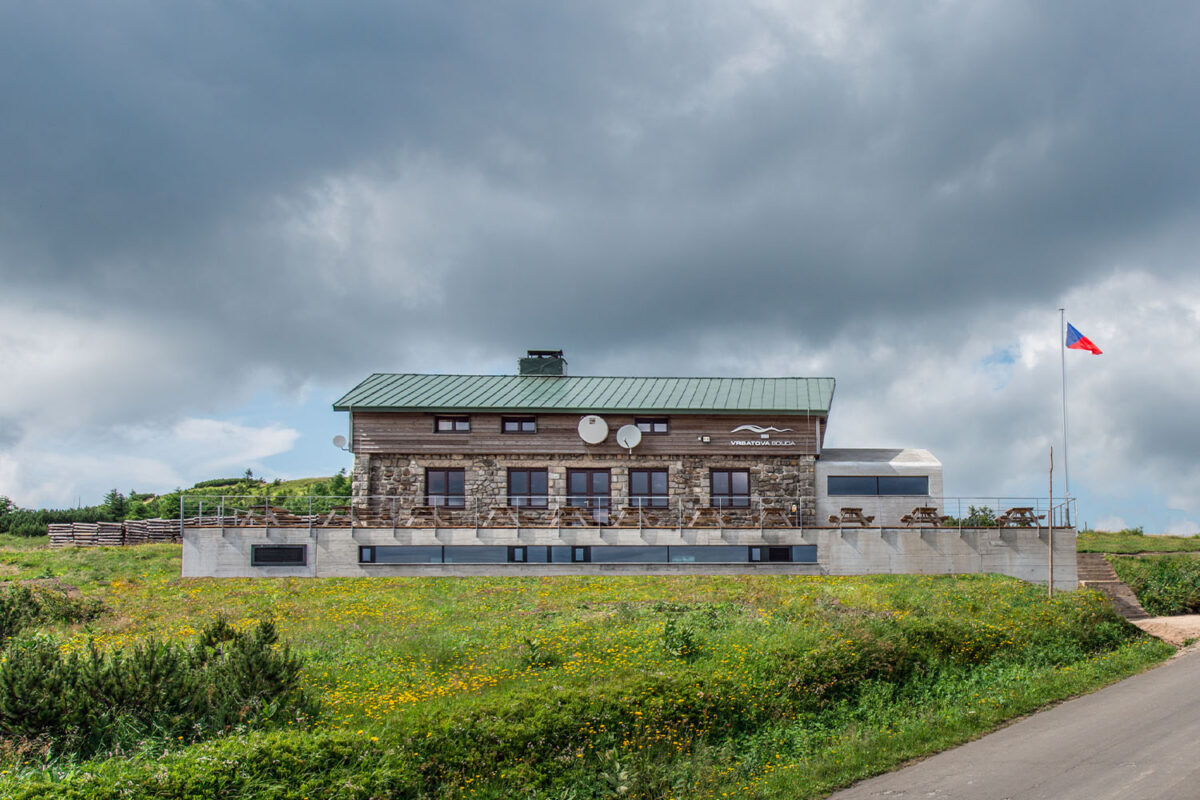 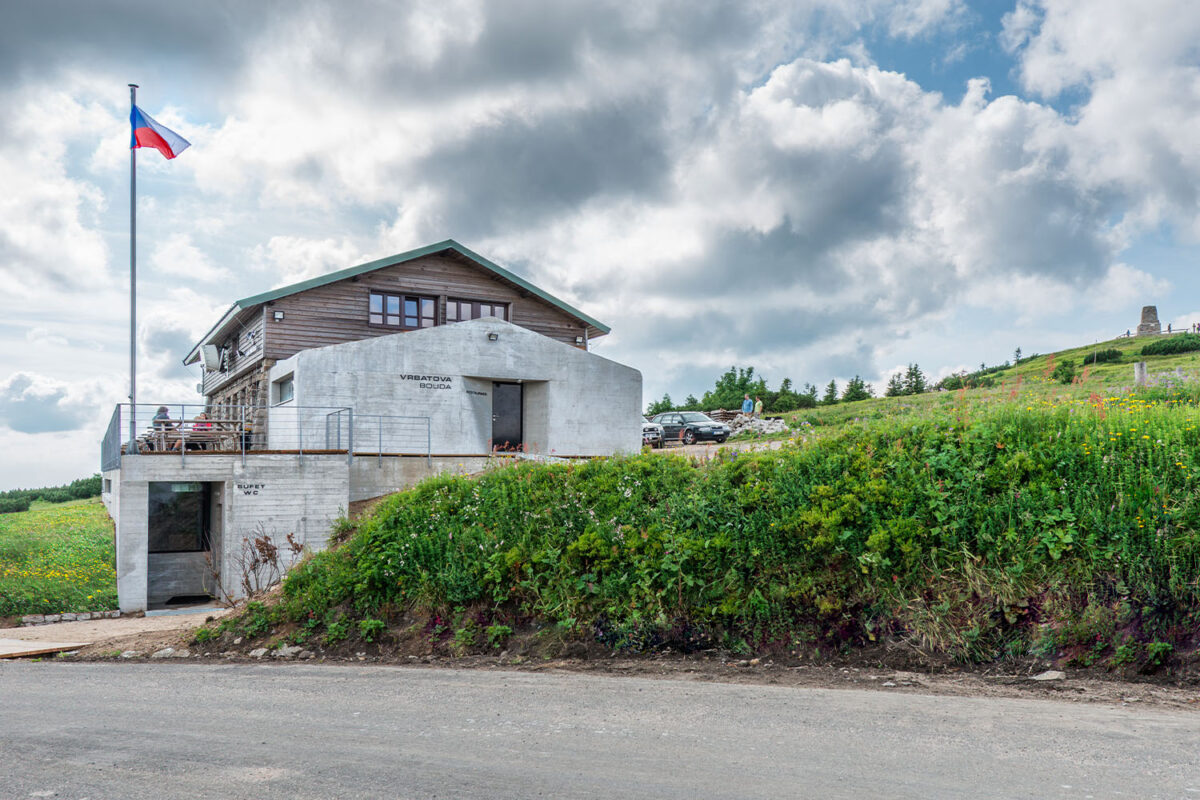 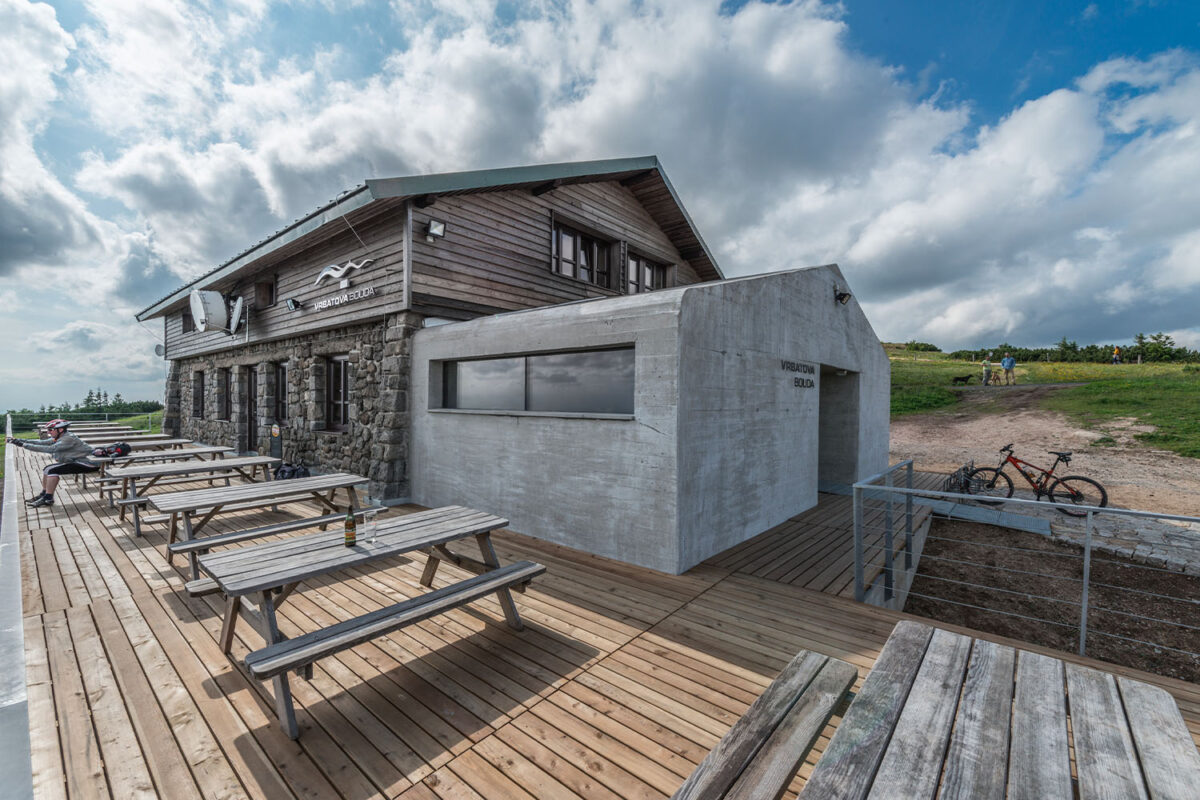 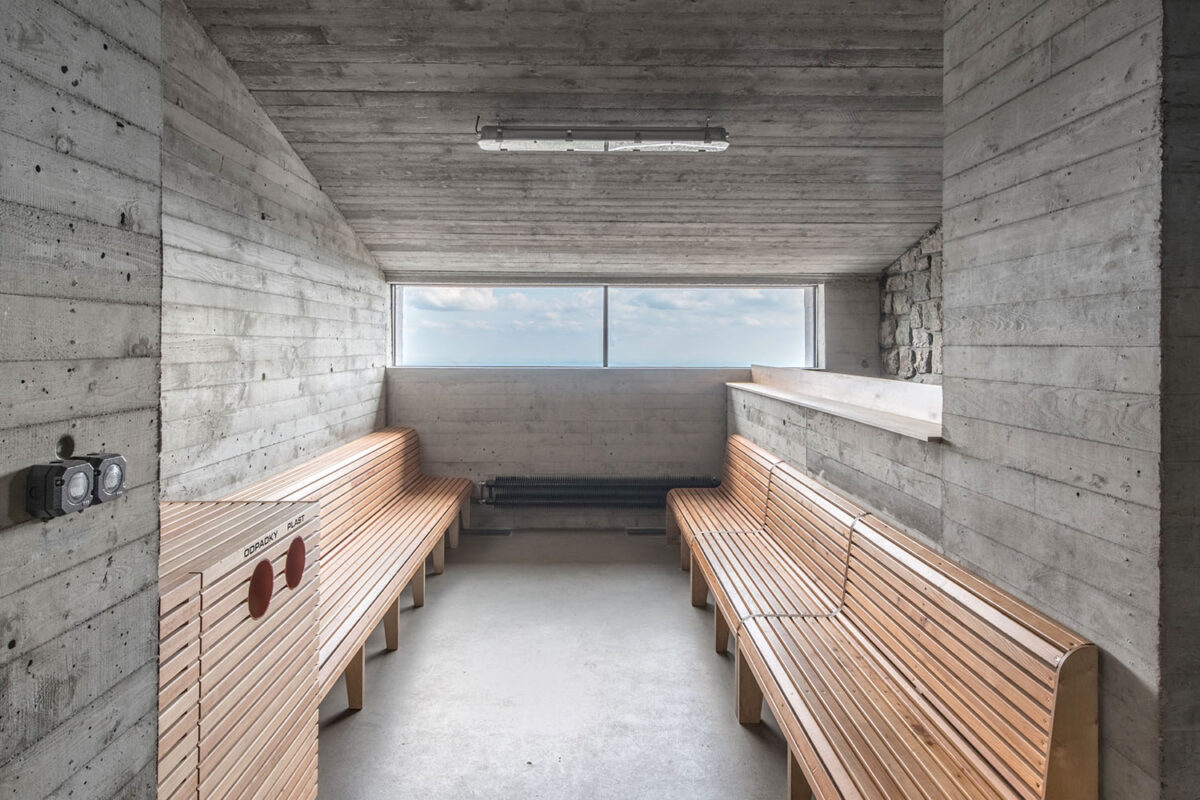 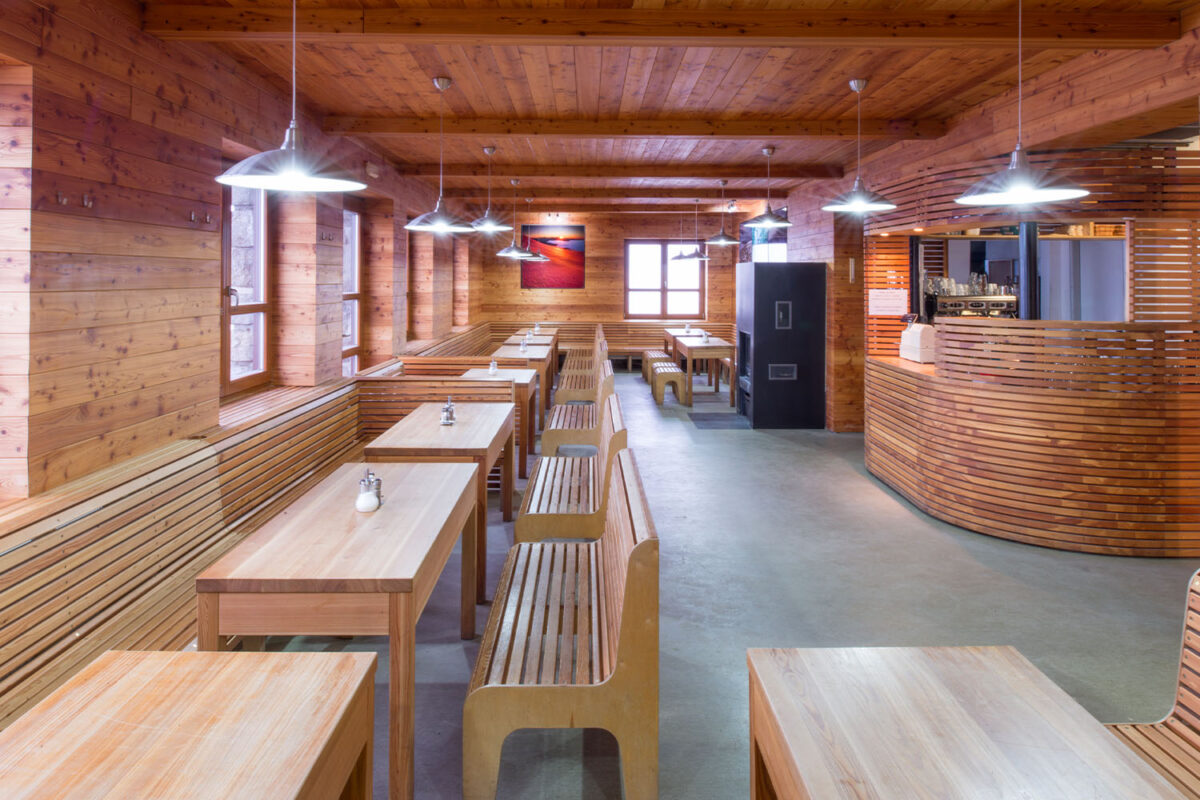 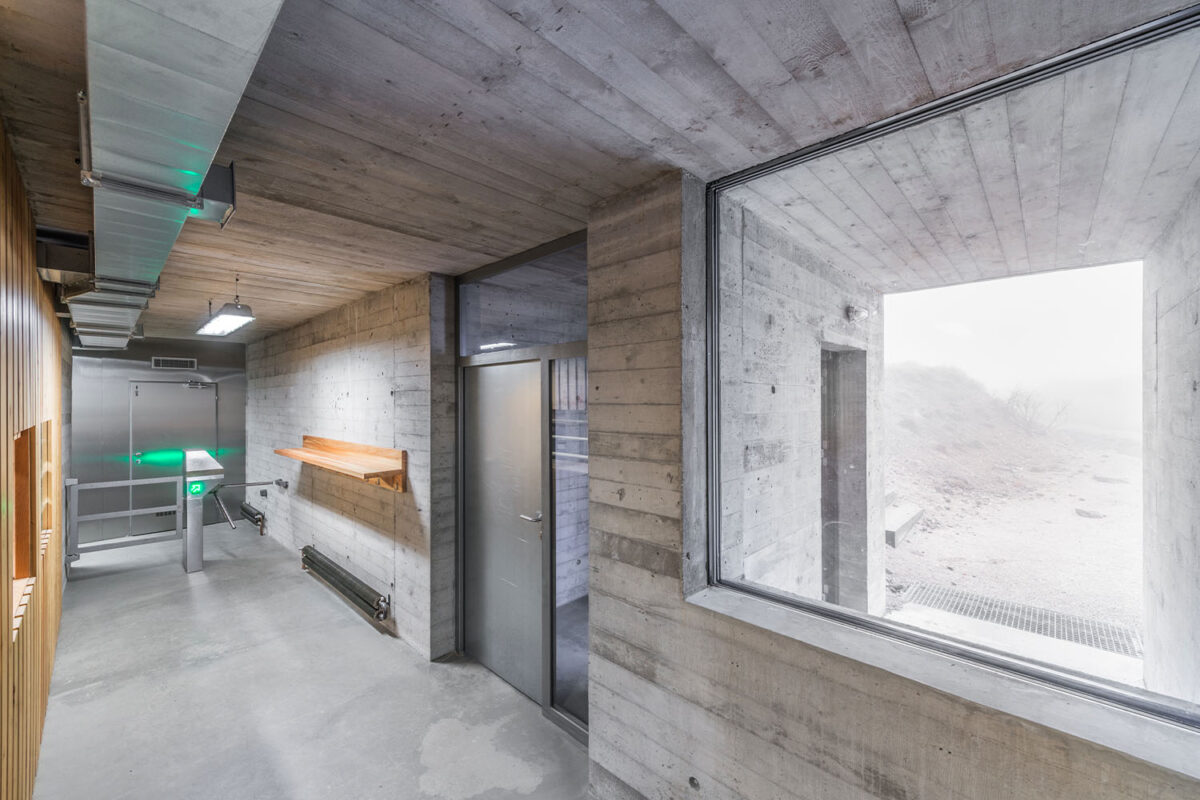 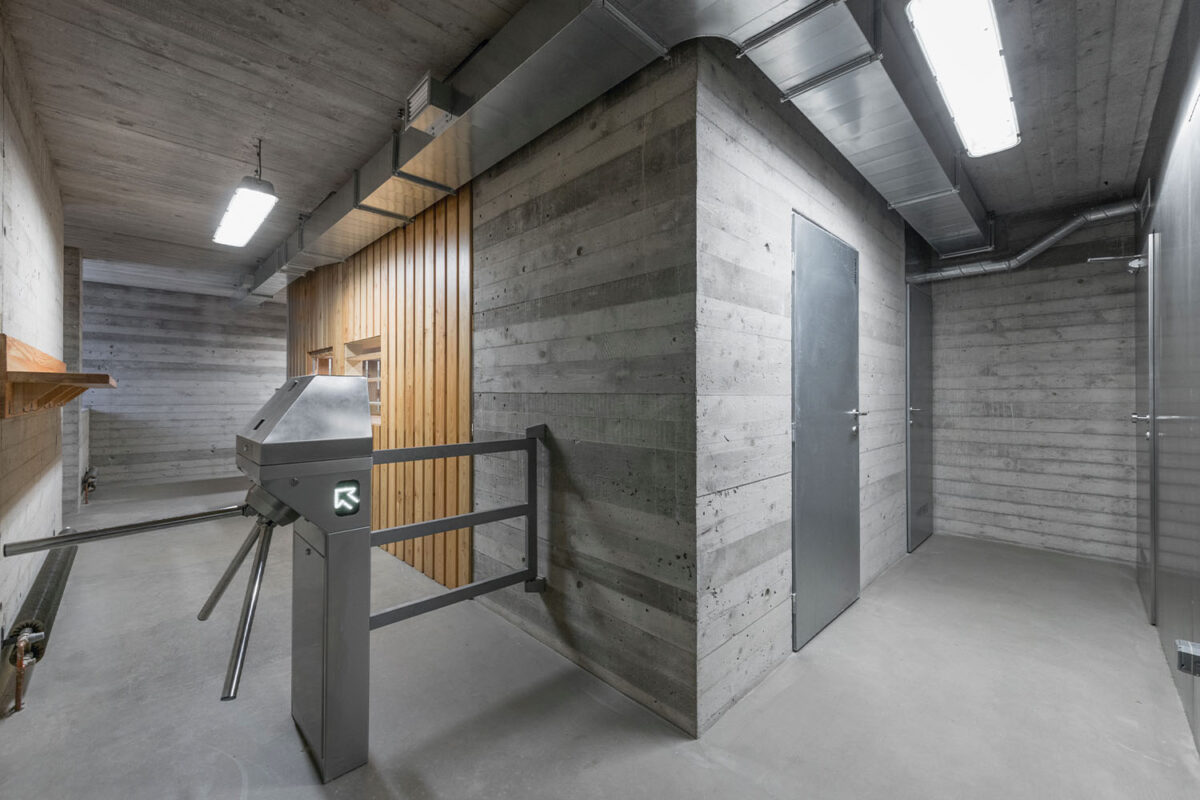 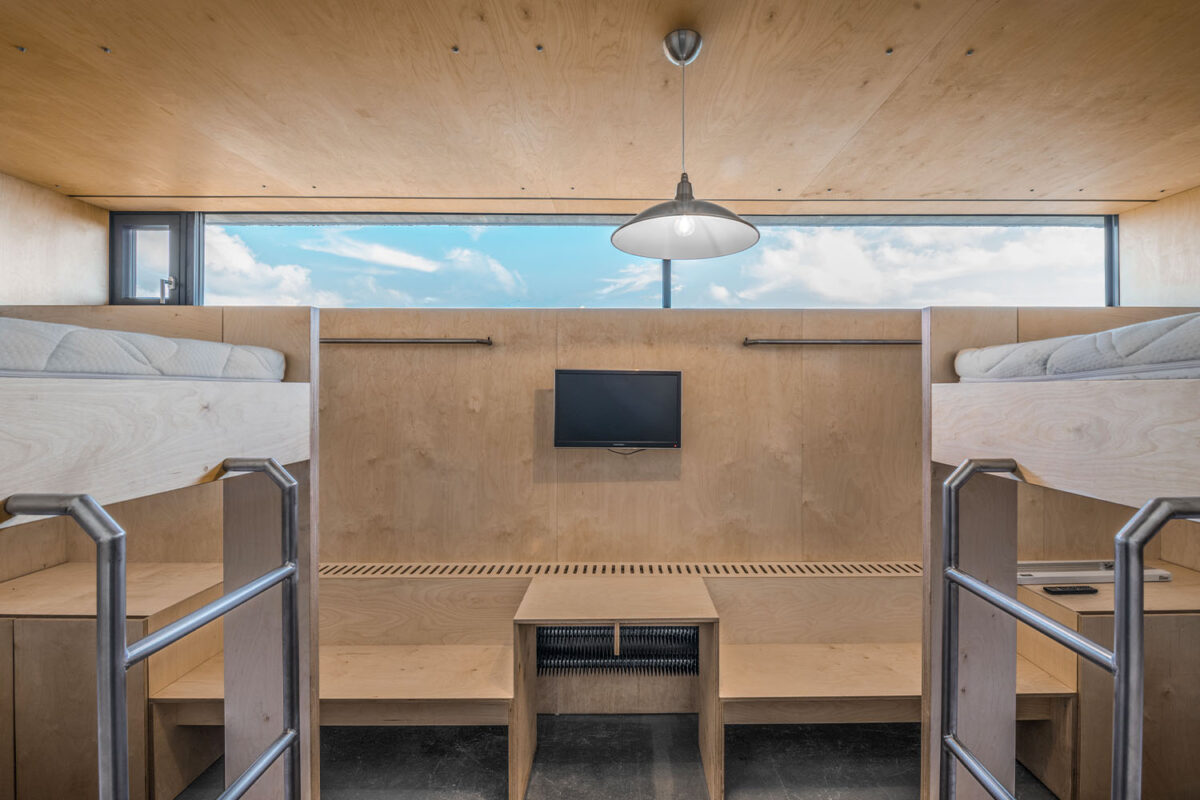 Vrbatova bouda was built in the early 1960s. The originally considered function of the base of the Mountain Service with refreshments and a dormitory was soon replaced by the operation of the Interhotel Krkonoše. In extremely harsh conditions on the ridges of the Giant Mountains, it has retained its firm, natural and at the same time unobtrusive form without major maintenance.

The new concept was based on the preservation of the original shed, cleaned of modern non-functional extensions and internal partitions. Gradually, new layers were added, on which three materials predominate - larch wood, stainless steel sheet and exposed concrete with the formwork imprint. Wood is used in the interior of the restaurant, in the buffet, on the exterior cladding of the attic and the observation deck. Stainless steel sheet in the new brewery and newly built-in toilets. The contrasting form of the extension does not parasitize on the original house, but forms a functional symbiosis of the old with the new.